The FS and FP are structurally different from the original F-blocks with much smaller bore spacing, much shorter deck height and smaller head and journal dimensions. The FS and FP are more closely related to the Mazda BP engine than they are with the original F-engine.
FS[edit]
The 2.0 L (1,991 cc) FS has a bore and stroke of 83 mm × 92 mm (3.27 in × 3.62 in) and produces 130 hp (97 kW; 132 PS) and 135 lb⋅ft (183 N⋅m) in its most common variant up to 170 hp (127 kW; 172 PS) in the Japanese domestic market. In 1998 the engine evolved into the FS-DE by undergoing several changes, most notably a distributorless ignition as well as the move from hydraulic lifters to solid shim-on-bucket lifters. Japan received a couple of variations of the FS motor, all with increased power outputs. The highest being the Mazdaspeed Familia version of the FS-ZE which produced 170 hp (127 kW; 172 PS). Mazdaspeed US decided to turbocharge the US FS-DE, known as the FS-DET in 2003 for the Mazdaspeed Protegé and it generated 170 hp (127 kW; 172 PS) and 160 lb⋅ft (217 N⋅m), the same hp rating as the naturally aspirated Mazdaspeed Familia edition FS-ZE but with a sharper torque curve. This means that the Mazdaspeed Protegé's engine is internally identical to the regular FS-DE, except with a turbocharger installed.
The updated FS-DE engine did enjoy a few minor technical features, such as: 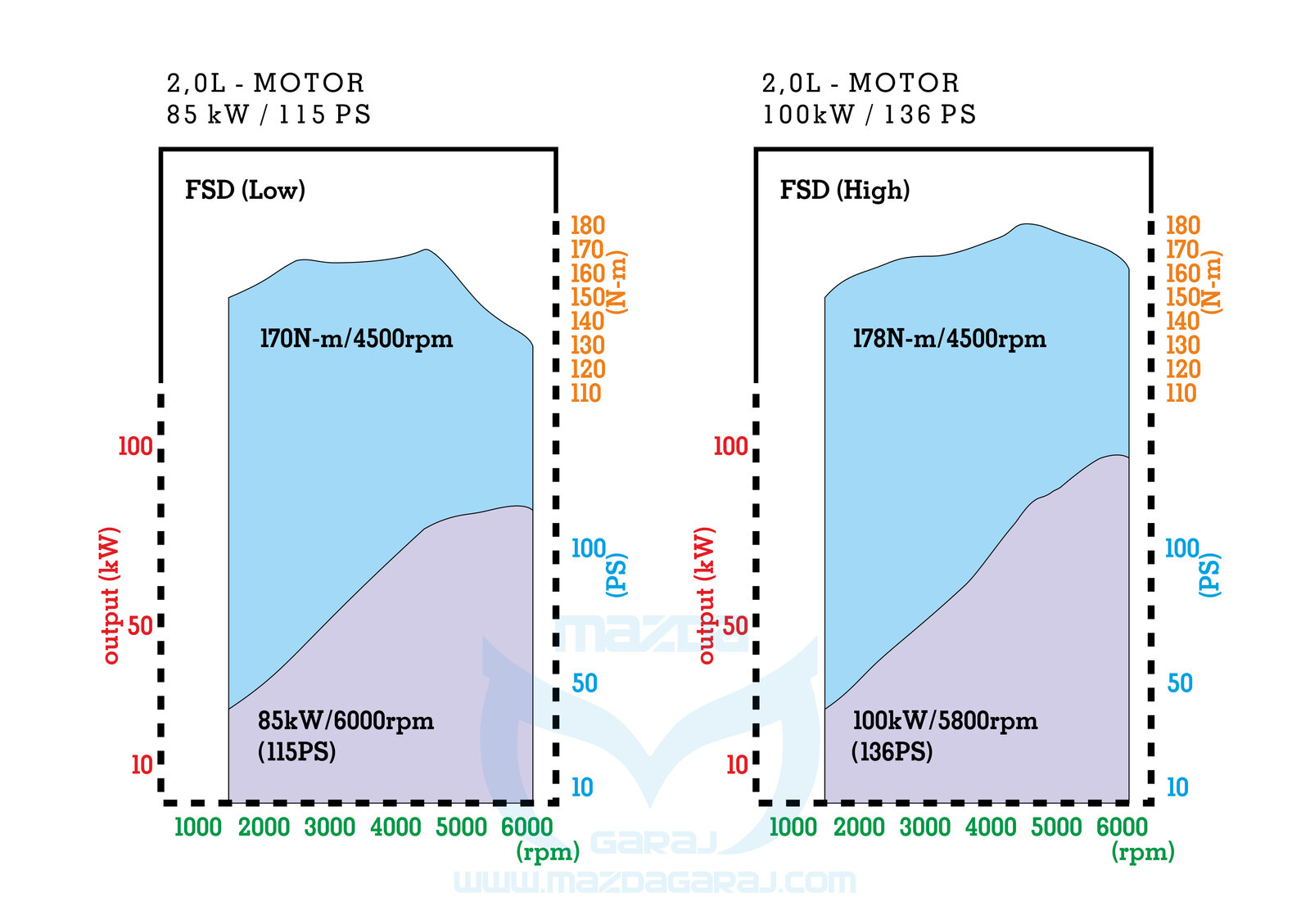 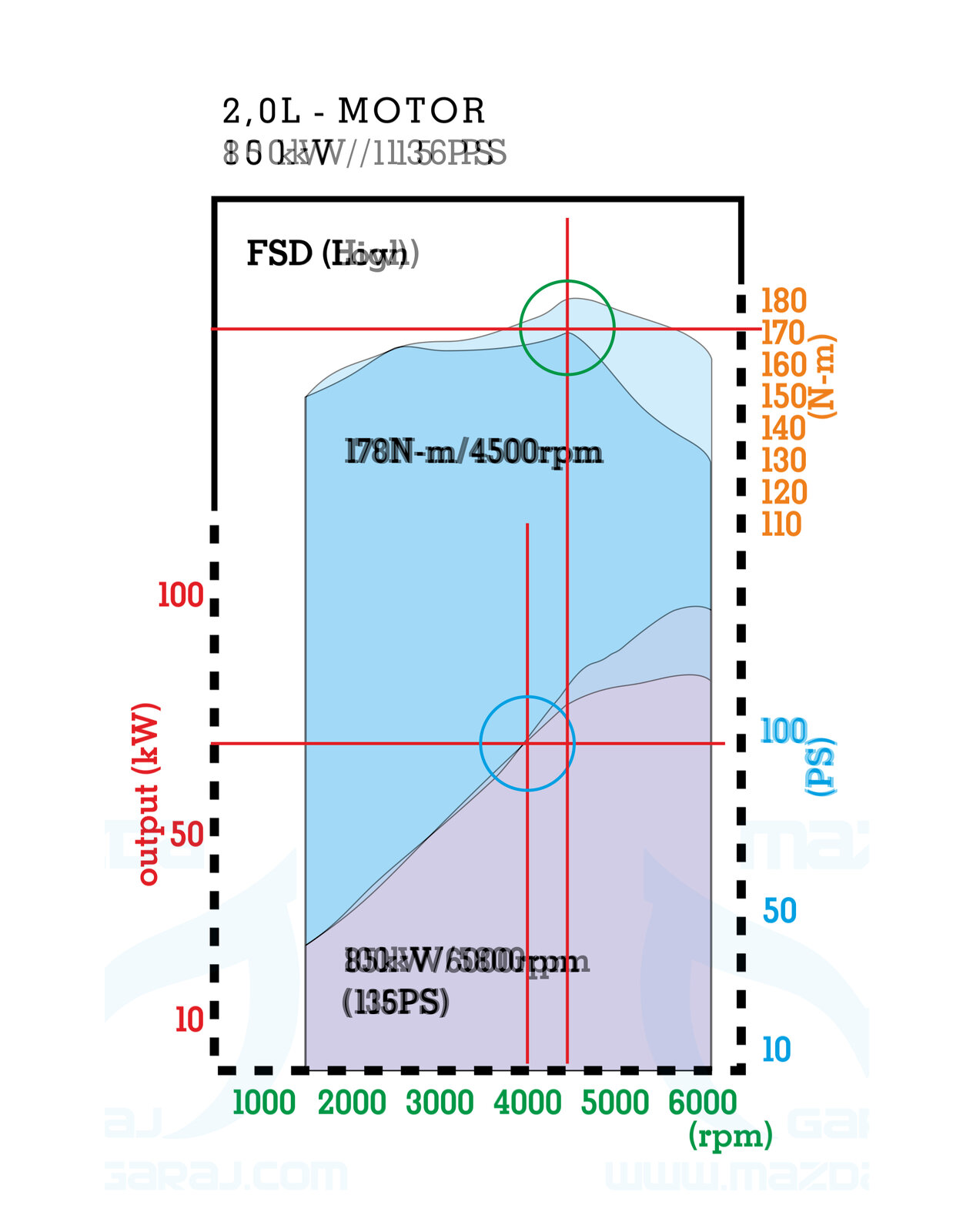